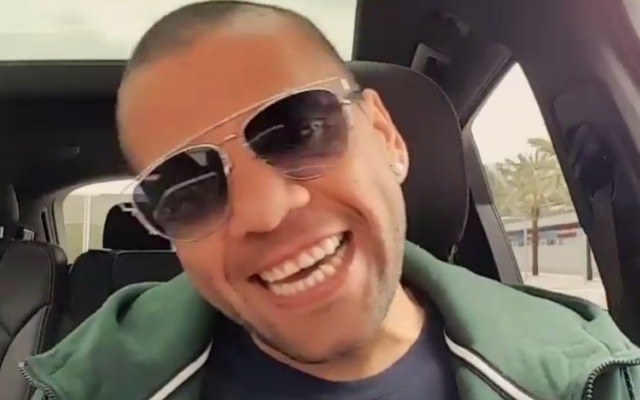 Barcelona star Dani Alves has shared a bizarre clip on social media of the full-back sitting in a parked car singing along to music and smiling, bopping along for the amusement of his Instagram followers.

Check out the clip of the right-back celebrating everyday life below, as shared on the player’s official account:

It’s easy to imagine why Dani Alves is in such a good mood, even though it’s somewhat strange to express his happiness in what appears to be a car park!

The right-back has once again impressed this season after deciding to stay at the Camp Nou beyond the summer, helping Barca to the top of La Liga and the quarter-finals of the Champions League.

The 32-year-old has featured 21 times so far in La Liga this season, contributing three assists and boasting an admirable pass-success accuracy of 87.1 percent.

He has also made six Champions League appearances, contributing two assists, and averaging 1.3 key passes per match, as well as 1.8 crosses per match.

The right-sider’s quirky Instagram video comes only days after the subject of the player’s future once again came to the fore, as he insisted [as per Goal] that the club will miss him when he eventually does leave the club.