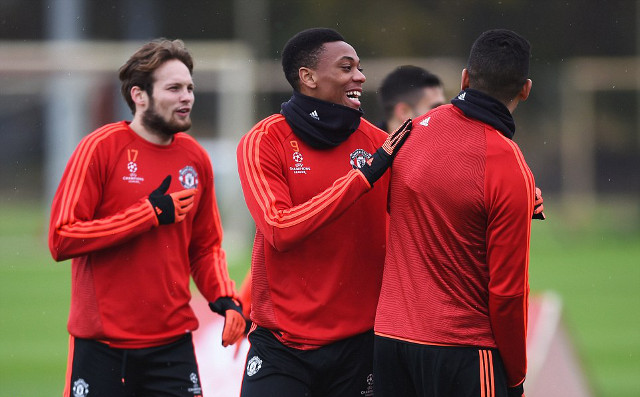 Speaking to Sky Sports, Manchester United forward Anthony Martial has admitted that he gets angry when he fails to find the net.

The 20-year-old moved to Old Trafford from AS Monaco in the summer—leaving the Ligue 1 side in a £36 million deal [fee via BBC Sport] that raised some eyebrows. At the time, Martial became the most expensive teenager of all time, but was yet to make an appearance for France.

Since then, he has been a cautious success at United, scoring seven goals in 23 Premier League outings, contributing three assists.

While the forward’s scoring ratio perhaps doesn’t justify his fee just yet, he has often been played out of position and has impressed with his speed, technique and intelligent moving.

It has perhaps been a frustrating campaign for Martial though who, speaking to Sky Sports, has admitted that he loses his cool when he fails to find the net.

“I have always been that way, and people’s opinions will not change it, but one must know that when I fail to score a goal I do get angry with myself,” Martial confessed.

“I have always been like that and I have been told that quite a lot. It’s true that everything just went very quick [when he signed for United], but I kept a cool head and focused on playing football.”

Martial will be keen to find the net on Sunday when United travel to the home of rivals Manchester City. Both neighbours will be desperate to secure the three points to ignite their flagging European aspirations.