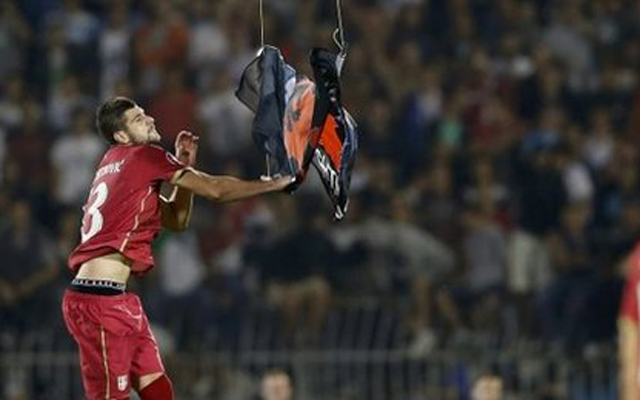 Serbian defender Miroljub Kostic has hit an unthinkable goal in a cup game in his homeland.

The versatile defensive player—who currently plays for FK Borac Cacak—hit the thunderous effort in a recent match against Javor.

The home side, currently leading 2-0 thought they’d effectively cleared a corner when the ball was headed clear beyond the halfway point in the Javor half.

However, Borac’s Kostic was on hand—30 metres out—to slam a wild right-foot shot through the massed ranks of defenders and past the helpless Javor stopper.

Despite the joyous celebrations, Borac were unable to build on Kostic’s stonking effort, and ultimately fell to a 2-1 defeat.

Borac remain in second in the Serbian top flight—having won only one of their last five matches—and, a whopping 27 points behind Red Star Belgrade, they can hardly hope to move higher up the table.

Javor are in ninth, and remain in danger of ending the campaign in the relegation round.