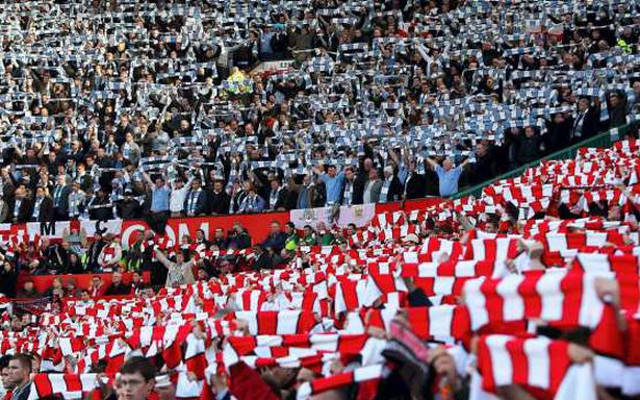 With the Manchester derby set for Sunday afternoon, Manchester United and rivals Manchester City will be desperate to claim points and pride at the Etihad.

Both sides are now essentially fighting to secure a place in the Champions League next season, and so there is additional importance to an already pivotal fixture on the Premier League calendar.

Certain battles will likely determine the result, and here are five that will play an important part for either side gaining an advantage in the encounter and coming away with all three points.

At some stage on Sunday, De Gea will be called into action by Aguero. The Argentine will represent City’s biggest attacking threat, and has been decisive for his side on countless occasions.

In contrast, De Gea has kept United in games throughout his time at Old Trafford. If he is able to thwart his rival, then it could go a long way to the visitors claiming a victory. Either way, this promises to be a fascinating battle with the United backline looking vulnerable at times this season.

The Belgian was back in the headlines for the wrong reasons in midweek, with former referee Howard Webb labelling him a “thug” after his elbowing antics against Liverpool.

His nasty streak aside, the combative midfielder will have to win the midfield battle and nullify the threat of Toure, who despite dropping below his standards this season, will have to be a driving force for the hosts.

United have struggled scoring goals for the most part this season, but Mata has a big role to play for them given his creativity and ability to link up play if played centrally.

Provided he is deployed in his favoured and more effective position, that will pit him against Fernandinho and Fernando, and he has to get the better of them in order to set United on their way.

After Guillermo Varela’s disastrous display against Liverpool, it is widely expected that the youngster will be dropped this weekend. In turn, that presents either Valencia or Darmian with an opportunity to get back into the side on a permanent basis.

Whoever gets the nod will have to deal with the pace and movement of Sterling, as the England international has the ability to be a game-changer particularly with the importance of him stretching the United defence and creating for others.

The debate goes on over Martial’s best position, even though the statistics back the argument that he is more effective when deployed on the left flank.

If that is where he starts on Sunday with Marcus Rashford leading the line, that will make his duel with Zabaleta key to United’s chances of winning the game. The Argentine is a solid defender when in form, but Martial served his warning with an impressive performance in midweek, and United need him to be firing again on Sunday.