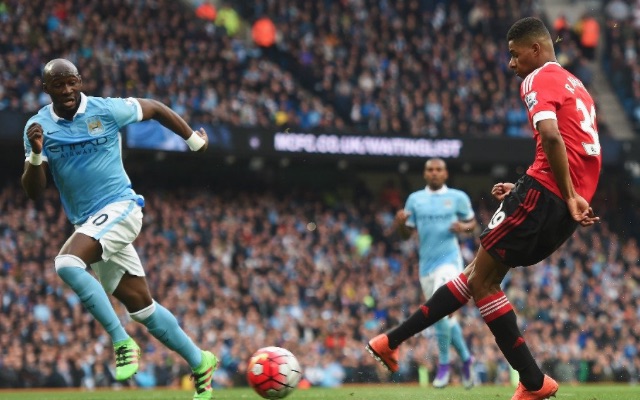 Manchester United clinched a massive derby victory which could reignite their season as a solitary Marcus Rashford goal knocked off Manchester City at the Etihad Stadium.

The Red Devils put in a vibrant attacking display in the first half, and then produced a strong rearguard action after the break to inflict a fifth home defeat of the season on City.

Louis van Gaal’s side are now within one point of their local rivals in the race for the final Champions League spot, and can put the Europa League exit to Liverpool behind them.

So often United’s standout player, the Spaniard took a backseat today. Did not have many saves to make by virtue of the defence in front of him, and City’s wayward finishing.

Started pretty solidly, limiting himself in an attacking sense to focus on protecting his flank. Was switched to left-back in the second half and was then exposed slightly.

Did not have everything his own way against Sergio Aguero in the first half, but led an outstanding United defensive effort in the second half. Lucky not to be sent off, though. 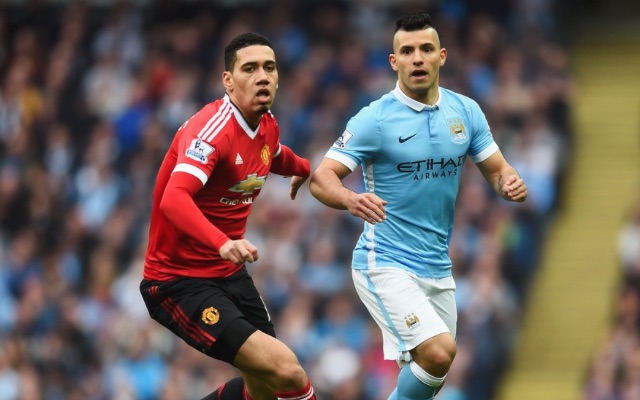 Did his part alongside Smalling. There has been much criticism of United’s recent transfer record, but Blind, capable in several positions, is undoubtedly a success story.

Substituted on 63 minutes after a poor game. Made a few sloppy mistakes and was given a difficult time by Jesus Navas, who did not make the most of United’s weak link.

Got among City’s midfield to help United initially boss the centre of the park, and showed more confidence on the ball than he has for much of his time at Old Trafford.

Remains such a key player for United. Released the ball forward quickly to maximise the attacking threat, and made a couple of crucial defensive interventions to deny City probable goals.

Will collect an assist for Rashford’s goal, although the teenager did much of the work himself! Most of Mata’s good work today was from a work-rate and defensive perspective.

Eyebrows have been raised by Van Gaal’s decision to move Lingard into a central role of late, but the youngster helped expose City’s lack of pace with his intelligent movement.

Another excellent showing from the Frenchman, who took the game to City’s defence from the first whistle to last. Very difficult to stop when dribbling at defenders off the left.

There is more than the fearlessness of youth to this 18-year-old. He can really play. Showed great speed and technique to score and should also have had a penalty. Man of the match.

Made his first Premier League appearance since October, off the bench for Darmian. Slotted in at right-back for half an hour in which most of City’s threat emanated from the opposite wing.

Replaced Juan Mata on 70 minutes to solidify United’s midfield. The veteran German barely got on the ball, but ensured that the Citizens had to go wide to try to find an equalising goal.

The youngster ended up playing 15 minutes because of the healthy portion of injury time. Allowed Aguero to bring down a cross at the far post, but luckily the Argentine fired wide.