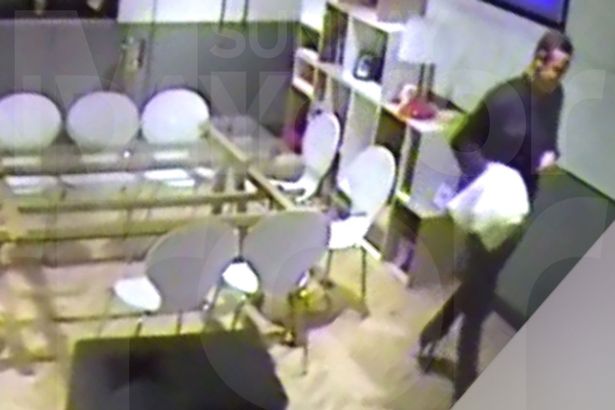 Astonishing footage has emerged which shows Manchester United forward and England captain Wayne Rooney making off with a whole bundle of Nike goodies.

The images, taken from a CCTV camera in a VIP box at Wembley, and shared by the Mirror appear to present the 30-year-old—who earns £30,000 a week— rummaging through a cabinet in a corporate hospitality box belonging to sportswear manufacturer Nike, and taking out the objects he wants to nab.

During the apparent heist, Rooney looks to be seen larking with some chums, and laughing about his haul, before eventually making off with his bounty, which includes a trainer stuffed down the back of his trousers.

Rooney’s spokesperson has denounced the claim that the footballer took anything from the Nike box, although watching the footage, it’s hard to see how the player can deny any wrongdoing!

The forward will play no part in Sunday’s Manchester derby as Louis van Gaal’s troubled Red Devils travel to the home of their neighbours City.