Tottenham Hotspur prodigy Dele Alli has been balancing their Premier League title tilt with a steamy romance with reality TV star Ferne McCann, according to The Sun on Sunday.

The couple have reportedly been spotted kissing in nightclubs and “acting like young honeymooners”, shortly after McCann revealed that she was seeing a mystery sportsman.

Sun sources claim that The Only Way is Essex beauty McCann, 25, is “obsessed” with the England international and was “clinging onto him” at London’s Libertine Club two weeks ago.

But 19-year-old Alli has now apparently called for some space from the 2015 I’m a Celebrity finalist after being upset by her spreading evidence of their fling to her TOWIE co-stars. 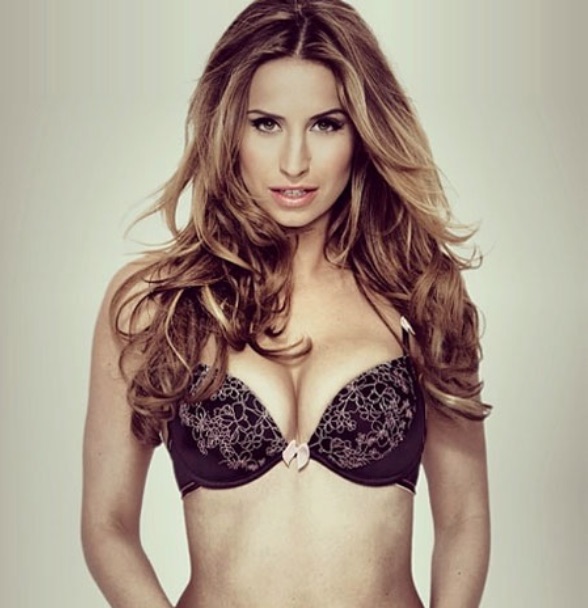 An onlooker at the Celebrity hotspot told The Sun: “They did not stop kissing and did not care who saw them. There were fireworks and absolutely no doubt they were really into each other.

“He’s a red-blooded bloke who fancied Ferne. They hit it off straight away and he was very keen. But Ferne’s decision to tell everyone about their passionate affair has shocked him.

“He’s wondering if he has a future with her.”

McCann sent close pals a series of photos of the pair, introduced by mutual friends, and Alli is now said to be having second thoughts about the relationship, which has left Ferne gutted!

Alli, one of English football’s great hopes who is being tipped to star at this summer’s Euro 2016 tournament, is believed to be “worried about the public perception of dating a TOWIE girl”.

Spurs supporters will be hoping that the off-field distractions do not see Alli does not lose the sparkle that he has showed on the pitch all season. Tottenham are eights points behind Premier League leaders Leicester City ahead of this afternoon’s visit of Bournemouth to White Hart Lane.