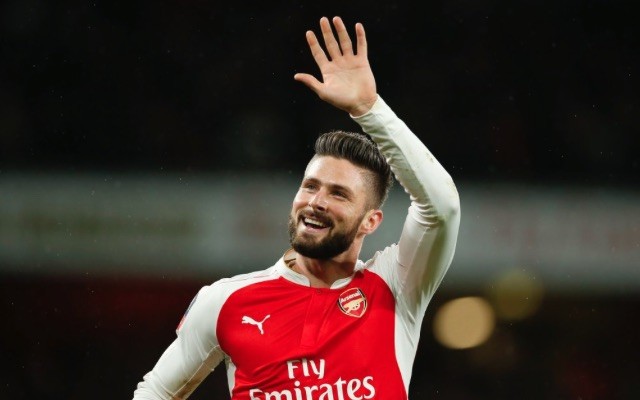 Italian publication Tuttosport claim that the Old Lady are in the market for a new frontman and are confident that they can lure Olivier Giroud away from Arsenal for between £20m and £25m.

Giroud has scored 78 games in 179 games for the Gunners, but has not won over all of the Arsenal fans, some of whom feel that he is not good enough to fire them to the Premier League title.

Tuttosport adds that Paris Saint-Germain forward Edinson Cavani, also 29, is on Juve’s radar, but there are likely to be plenty of high-profile suitors if the Uruguayan becomes available this summer.

Meanwhile, The Sun on Sunday reports that Juventus are lining up Christian Benteke as a long-term replacement for Mario Mandzukic, having failed in a January swoop for the Liverpool flop.

The 25-year-old has only started one Premier League game throughout 2016, and the Reds would be willing to take a hit on the £32.5m they spent on him and sell for £20m, The Sun understands.

Of this trio, Benteke may be the more attainable and is a long-term solution for Juventus if they can get him firing again. The chase for Cavani will be competitive, and Arsenal may want to keep Giroud.