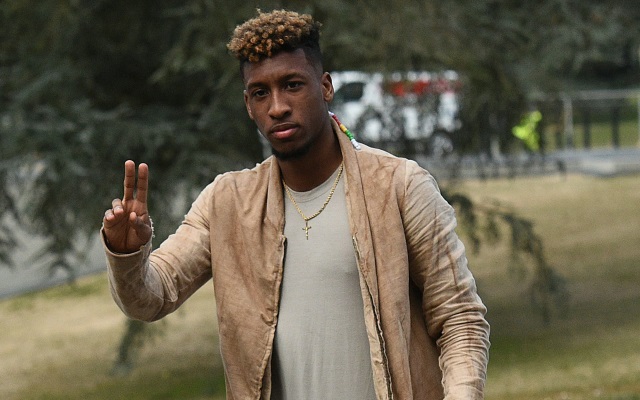 Despite starring last week to dump his parent club Juventus out of the Champions League, Bayern Munich wonderkid Kingsley Coman could be set for an exit from the club.

The France international came on as a substitute during the Last 16 second leg clash between the two continental giants, with Bayern 2-0 down on the night and 4-2 down on aggregate.

However, with Coman influential, the Bavarians turned the tie around; he contributed a valuable assist before bagging Bayern’s fourth in extra time, to take the tie firmly beyond the reigning Italian champions.

However, Coman could yet be sent back to Juventus when his loan comes to an end, according to beIN Sports.

The report states that, with Bayern setting their sights on Stade Rennais wonderkid Ousmane Dembele—with an agreement having been made with the Brittany club—the Bavarians are willing to send Coman back to Juve, without making his deal permanent.

The news will come as a major disappointment for 19-year-old Coman—who has scored four and contributed five assists in the Bundesliga this season—with the youngster understood to be keen on a long-term future with the Bavarians.