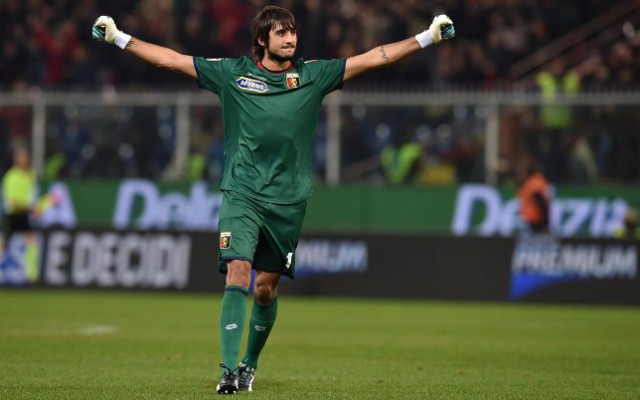 Not that the Red Devils are eager for a replacement for David de Gea, though based on the recent performance of backup stopper Sergio Romero it would behoove Man United to find a more suitable stand-in for the star Spanish goalkeeper. Unfortunately, one of the top stoppers on the club’s transfer list has been ruled out of a move.

According to the Transfer Tavern, the agent for Genoa goalkeeper Mattia Perin has ruled out a transfer move for the 23-year-old stopper.

Matteo Moggi, Perin’s agent, said that the young goalkeeper is ready to make the jump to Europa League play but is in no hurry to leave despite interest from Man United and even Real Madrid.

“I’ve been hearing these rumours for the last four years,” Moggi said.

“Unless the wheel of international goalkeepers starts spinning, nobody is going to move. As soon as somebody moves, a domino effect begins.

“He’s ready for a leap of quality into a top club, but he could also take an intermediate leap and play in the Europa League. We’re ready for the change, but we’re peaceful about it. We won’t leave just for the sake of leaving, as he’s already playing in a great team.”

Perin has six clean sheets for Genoa this season and has been capped for Italy.