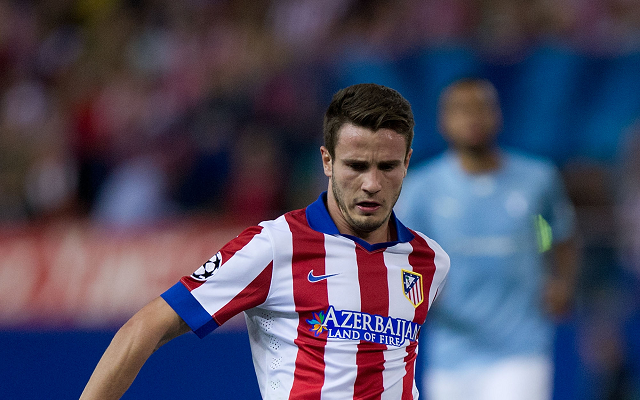 Saul Niguez is one of the best young midfielders in La Liga and is getting better and better as a scoring threat. His stellar play has, naturally, attracted the interest of the Premier League giants but it appears that Man United have taken the poll position over Arsenal for the Atletico Madrid star.

According to Don Balon, Man United have been given permission to sign the 21-year-old Saul in the summer despite an alleged £23 million offer from Arsenal being on the table. Saul has four years remaining on his current contract but the club is reportedly upset that he is hesitant to commit his long-term future to the club.

Playing primarily as a central midfielder, Saul has scored 12 goals in the last two seasons and eight this year – more than any other player at the same position on the Man United roster. Michael Carrick is also poised to leave with an expired contract this summer, which would open up a starting job for Saul immediately.