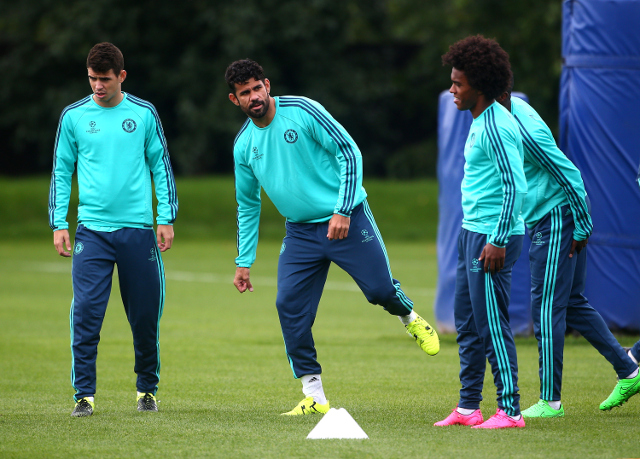 Willian has admitted that Chelsea are lacking motivation as their disappointing 2015-16 campaign steadily peters out.

In the space of a week, the Blues were eliminated from the FA Cup by Everton, and were also dumped out of the Champions League at the hands of Paris Saint-Germain, falling 2-1 in both legs for a 4-2 aggregate deficit.

While the Pensioners’ domestic record has been good under interim coach Guus Hiddink—who replaced former coach Jose Mourinho in December—the west Londoners could only manage a point at home against their capital rivals West Ham United on Saturday.

They even needed a late equaliser to rescue a point, as Cesc Fabregas added a penalty to his earlier free kick, with the visitors finding the net through Manuel Lanzini and Andy Carroll.

Speaking after the match, as per Four Four Two, Brazilian forward Willian admitted that the reigning champions were finding it hard to motivate themselves now that their chances of winning silverware this season have ended.

“It is difficult to stay motivated when you cannot win a title anymore,” the attacker began.