Tottenham Hotspur are flying high in second in the Premier League and preparing to push Leicester City all the way for the title. Two of the principal reasons why are Harry Kane and Dele Alli.

The England internationals have shined individually, but also as a collective. Alli has assisted seven of Kane’s 21 goals in the top flight, making them the most prolific combination in the division.

The goal that Alli laid on for Kane in Sunday’s 3-0 win over Bournemouth was a third assist to him in two games, and made them a more productive pair than Arsenal’s Olivier Giroud and Mesut Ozil. 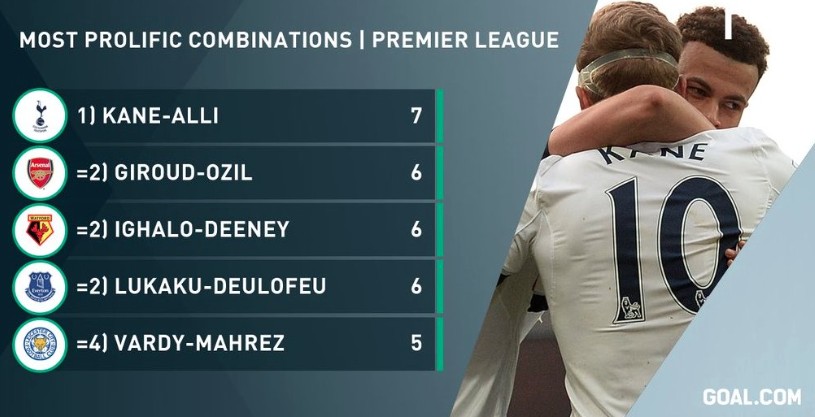 And this graphic from Goal.com shows that the Spurs duo are also the deadliest combination across the top five European leagues. Not even two of Barcelona’s unstoppable front three can match them! 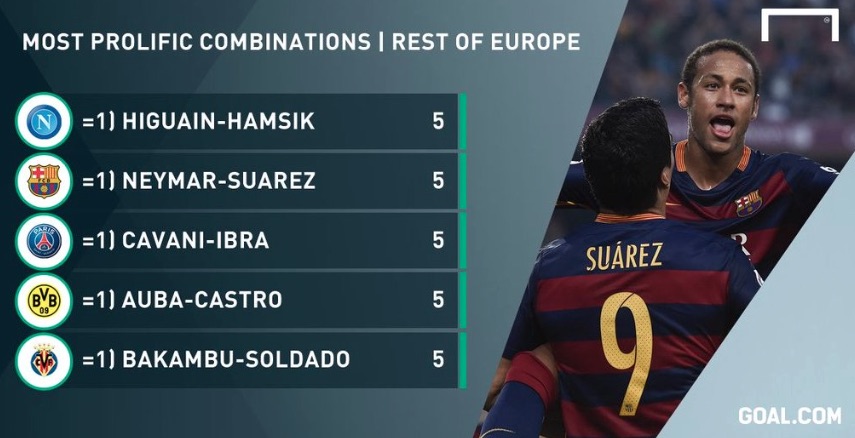 Neymar and Luis Suarez and Paris Saint-Germain’s Edinson Cavani and Zlatan Ibrahimovic are among the most feared forward lines in world football, but Kane and Alli are a more prolific tandem.

That is a testament to the role that they have each played in Tottenham’s title charge, and promising signs for England manager Roy Hodgson, who must surely unleash the pair on Euro 2016 this summer.