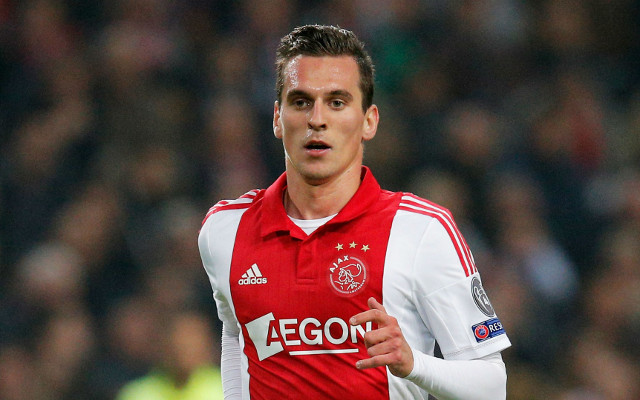 At 22 years of age, Ajax striker Arkadiusz Milik has already scored over 50 goals in five years. With Arsenal needing a possible replacement for their struggling goalscorers in the near future, Milik could very well be the guy – which could in turn spell bad news for Olivier Giroud.

According to the Express, Arsenal have entered the transfer race for the Polish star along with a myriad of football giants. Per the source Liverpool, Barcelona, Inter Milan, Juventus, Leicester City, Everton, Marseille, Bayern Munich and Lazio are all in the mix for the Ajax star.

Milik has 16 goals in Eredivisie this season, tied for third in the league. Last season while on loan to the club he scored 11 goals 21 appearances and 23 total goals.

The Express noted that Arsene Wenger is fond of Milik and sees him as a possible fill-in for Olivier Giroud, who has been held goalless in 14 of his last 15 appearances.