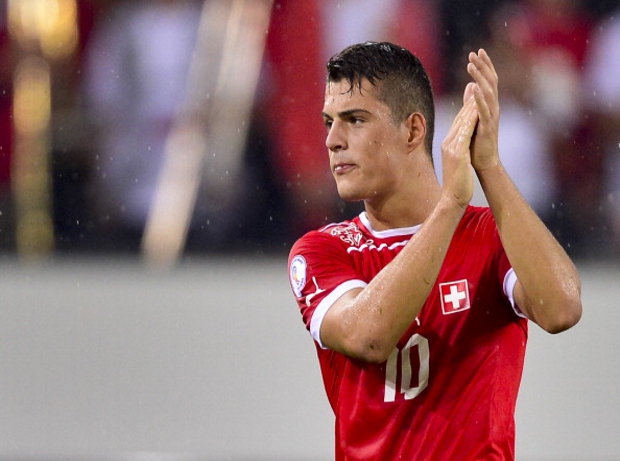 According to reports in Germany, Arsene Wenger has met Granit Xhaka‘s father to discuss a potential move to Arsenal.

As revealed by Sky Sports, the Gunners are keen on signing the Swiss international, and the north Londoners’ head coach has met with the player’s father in order to discuss the concrete details of a potential deal.

According to the report, Arsenal would be prepared to splash out €43 million for the Borussia Monchengladbach star, although with the player under contract until 2019, it remains to be seen whether the Foals would be willing to offload the highly rated player.

The 23-year-old has featured 22 times in the German top flight this season, scoring three goals as Gladbach remain in the hunt for Champions League qualification.

They currently sit two points behind Schalke 04, who occupy the fourth spot.

Arsenal may well need investment in the heart of the park this summer, with the likes of Tomas Rosicky, Mikel Arteta and Mathieu Flamini all the wrong side of 30, and Aaron Ramsey and Jack Wilshere yet to truly convince that their injury concerns are behind them.

Francis Coquelin has also spent time out of the team due to fitness problems this season, leaving Arsenal occasionally short-staffed in the heart of the park.