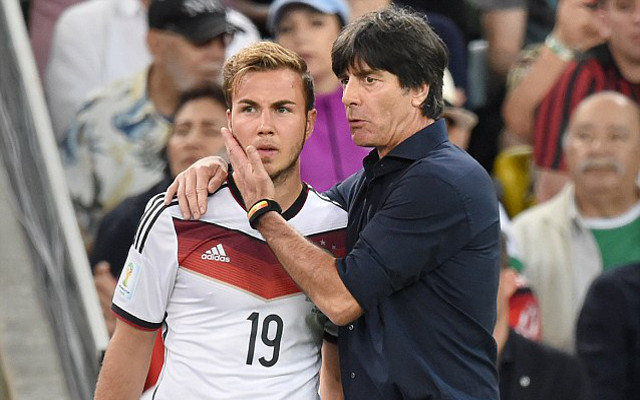 Liverpool are eager to get their hands on Bayern Munich and Germany superstar Mario Gotze this summer and they may be getting some unexpected help from the reigning World Cup winning manager, Joachim Loew.

According to the Metro, Loew has been encouraging his ace midfielder to reconsider his club-level options amidst the imminent change in Bayern Munich management as Carlo Ancelotti replaces Pep Guardiola next year. Gotze has recently been described as unsatisfied with his current level of playing time by teammate Thomas Muller and has been linked with a move to Liverpool that many see as a match made in heaven.

‘I had a talk with him last night about his situation at Bayern Munich and we decided he would play against Italy in Munich next week,’ said Low.

‘We had great talks about his situation and there will of course be a new coach in Bayern next season so the first thing he should do is talk to the new coach.,’ Loew said.

The German superstar has been heavily limited this season, making just 12 appearances in all competitions for Bayern Munich.

Gotze received his big break at Borussia Dortmund under Jurgen Klopp, and has been heavily linked with a move to Liverpool ever since the German boss took over the reins in October. 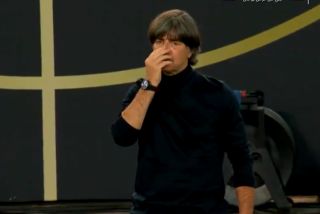