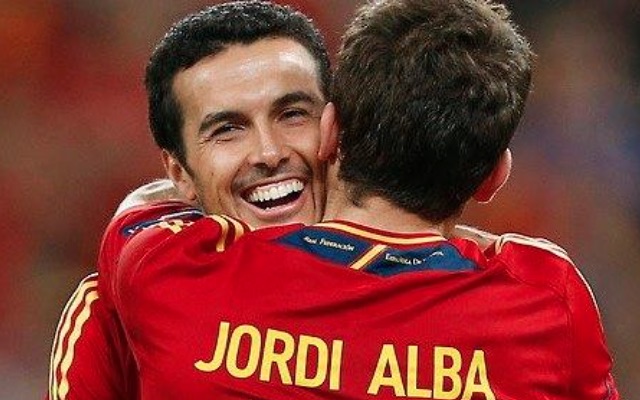 Chelsea forward Pedro took the chance to hang out with a few of his former Barcelona teammates while on international duty with Spain. And boy do they know how to throw a reunion.

The 28-year-old was an unused substitute in Thursday’s 1-1 draw with Italy, and will hope to be involved when Spain’s Euro 2016 preparations continue with tomorrow’s friendly in Romania.

The flight across Europe represented a good chance for Pedro to reminisce about his days at the Camp Nou, where he spent seven years as a first-team player and won 13 major trophies.

Marc Bartra uploaded this picture to Instagram of him, Pedro, Gerard Pique and Jordi Alba appearing to play some version of the board game ‘Ludo’ – on a tablet device of course. This is 2016. 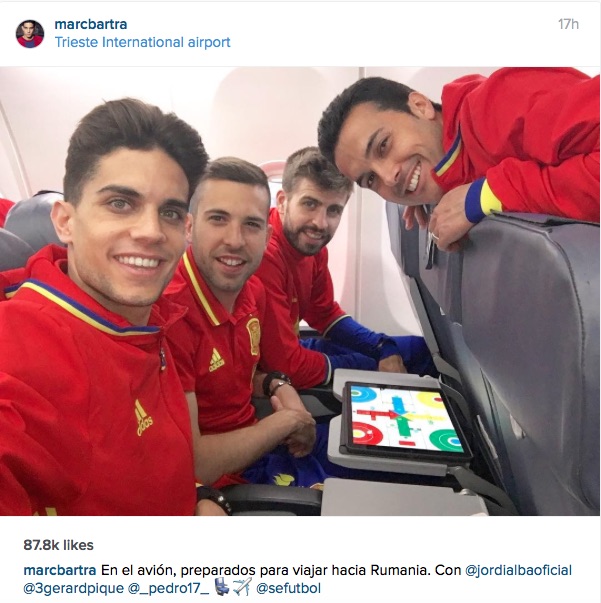 It might not be the most exciting way to catch up with old friends, but it certainly put a big smile on Pedro’s face after what has been a very disappointing debut season at Stamford Bridge.

Rumours, which we must stress are unfounded, are that Pedro was operating from the green corner of the virtual board. He did not want to make the mistake of choosing to be a Blue again!

There were great expectations of the World Cup winner when he arrived from Barca for £21m last summer, but he struggled to make an impact, scoring just five goals in 33 appearances.