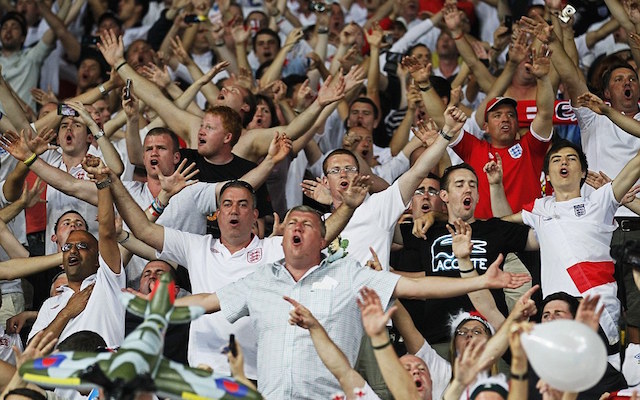 Saturday’s friendly between England and Germany in Berlin was a wonderful occasion for the visiting fans.

Having seen their team for two goals behind following strikes from Marco Rice and Mario Gomez, the three Lions responded during a wonderful second-half.

There was final drama, as Eric Dier, the Tottenham Hotspur midfielder, headed home the winner late on to guarantee a famous victory for England, and boost morale heading into Euro 2016 in France at the end of the season.

However, some of the England fans frustrations earlier in the match had been captured in a 15 second video taken from within the away fans.

During the shot, the massed ranks of home supporters are seen building a Mexican wave and sending it towards England fans.

They, however, are clearly in no mood to be coordinating terrace movements with their German counterparts, and instead of joining in, they boo the gesture, respond to the home fans with a vulgar gestures, and simply refuse to raise their arms.

It seems that despite this bright New England, some old habits and historic animosities will always diehard.