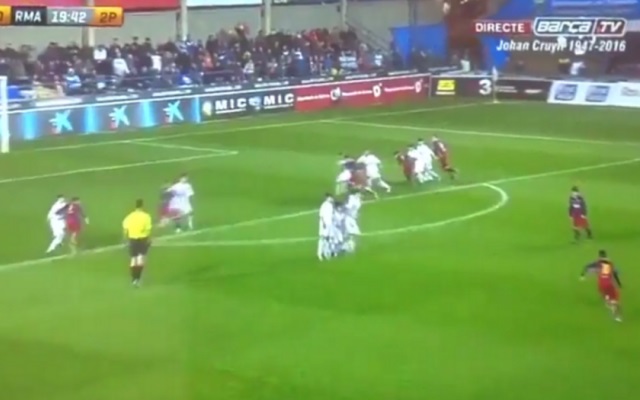 Ahead of the much anticipated Clasico between Barcelona and Real Madrid this weekend, the club’s youth sides played out a showpiece of their own as they met in the ‘mini Clasico’.

The last time the two senior sides met, Barca thumped their rivals 4-0, one of the results that contributed to the dismissal of former Merengues coach Rafael Benitez.

His replacement, Zinedine Zidane, will be hoping to avoid such a humiliation when the two sides meet on April 2, although even Zizou will know that the chance of closing the gap on the league leaders will be slim.

The Catalan giants’ youth side potentially set the tone for the encounter to come with a stunning technical display against Real’s kids last week.

Mercifully, Barca only won 2-0, although the scoreline could have been much higher following a thoroughly one-sided display.

Check out the best of Barca’s tekkers in this clip. There’s no doubt that Real should be worried…very worried…about their future battles with the Nou Camp giants.