According to a statement on the Netherlands Football Federation website, Chelsea midfielder Marco van Ginkel has been called up by Danny Blind for the upcoming friendly against England.

The Dutch were defeated by France earlier in the international, losing to a late effort from Blaise Matuidi. The Netherlands—who haven’t qualified for the European Championships this summer—fell behind after two first-half goals from Antoine Griezmann and Olivier Giroud, but responded through Luuk de Jong and Ibrahim Afellay, only to lose it at the death.

Since then, the squad have suffered several injuries, with Jasper Cillessen breaking has nose—according to the statement [as above]—and Davy Klaassen withdrawing with a knee complaint.

Wesley Sneijder has also left the training camp with a hamstring problem.

Their misfortune means opportunity for van Ginkel—who’s currently on loan from Chelsea at PSV Eindhoven—to step into the squad and stake a claim for some game time against England. 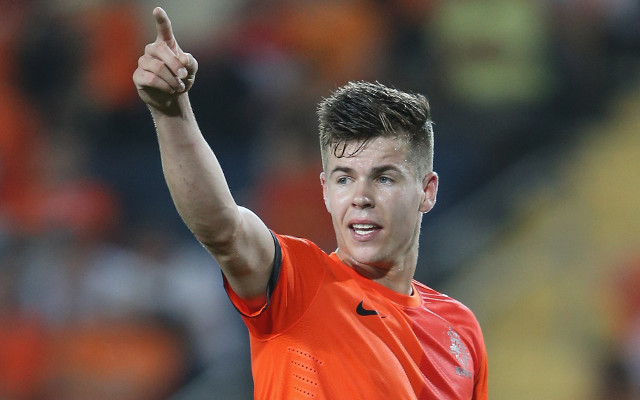 Coach Danny Blind will also be monitoring another Netherlands player—his son Danny—with the Manchester United first-teamer admitting that he also had a problem.

“My hamstring is stiff,” Blind said, as relayed by Telegraaf. “I don’t want to take any risks in view of the upcoming matches.