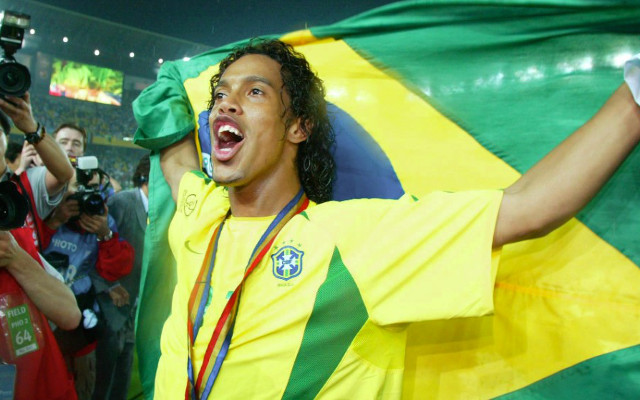 Believe it or not, aging Brazil and Barcelona legend Ronaldinho is still drawing significant interest from teams around the world, yet he has stopped short of signing with anyone since being released from Fluminense after a short stint in September. However, a pair of leagues with tons of cash to spend have their eyes set on the 36-year-old attacker and are both in the running to sign him.

According to Sky Sports, Ronaldinho’s agent Roberto Assis (also his brother) has stated that the free agent forward/winger has a future football move set for either Major League Soccer or the Chinese Super League.

“The probable destination for him is Major League Soccer in the US or the Chinese Super League,” Assis told UOL.

Both leagues have made significant moves in the transfer market in the past year. MLS signed European legends David Villa, Frank Lampard, Steven Gerrard and Kaka – all of whom are well past their prime though.

The Chinese Super League, meanwhile, have spent significant money this year on active European talents, spiriting away such top targets as Jackson Martinez, Ezequiel Lavezzi and Alex Teixeira in the past few months.