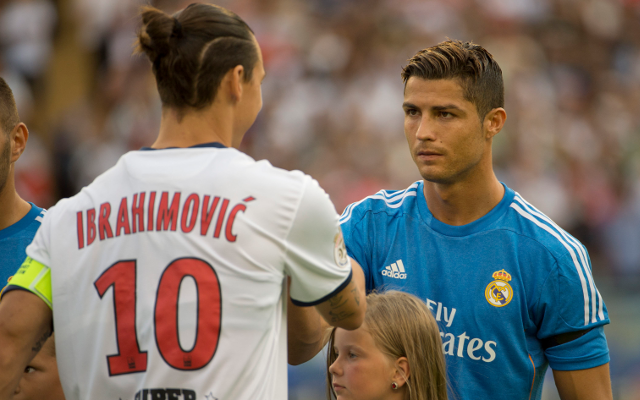 The Paris Saint-Germain superstar comes to the end of his contract at the Parc des Princes this summer, and while there has been some suggestion that the French giants will over the Swedish superstar a new deal, no fresh offer has been forthcoming.

The forward still has the class to shine at the top level, and having bagged 27 goals in 25 outings in Ligue 1 so far this season, the 34-year-old will surely be one of the most coveted free agents on the market this summer.

West Ham are the latest to express interest in the forward, with Sullivan confirming to talkSPORT that the club would love to sign Ibrahimovic.

“We have a list of about ten strikers all over Europe, and most of our money will go into signing a striker,” the club chief began. “That is the plan for next season.

“I’d love Ibrahimovic from PSG, but whether he’d come to us I don’t know. I know he’s 34 but he’s a fantastic player,” Sullivan continued.

“There are a number of top Premier League players we may be bidding for, top goalscorers, but I can’t name them. I can’t comment on players from other teams.”

However, the Hammers are likely to face considerable competition for the forward’s services.

EPL giants such as Chelsea, Arsenal and Manchester United are all understood to be keen on Ibrahimovic, while a move to his former club AS Milan has also been mooted.