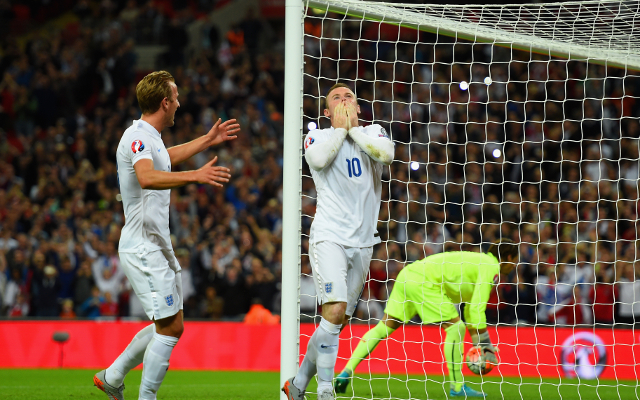 Perhaps slightly unfairly, Wayne Rooney’s position in the England starting line-up has come under scrutiny ahead of Euro 2016.

The Manchester United forward has been sidelined by a knee injury since February, and in turn missed Saturday’s stunning 3-2 win over Germany in Berlin.

With Euro 2016 fast approaching this summer, Rooney is running out of time to prove that he deserves to continue to start in Roy Hodgson’s side.

His first battle will be to prove his fitness, and that requires displacing Marcus Rashford from the United starting line-up, with the youngster making an impressive impact since his introduction to the senior side.

While Louis van Gaal will likely find space for his captain, Rooney’s next mission will be to improve on his record of 14 goals and four assists in 32 appearances in all competitions so far this season, which is well below what many believe he is still capable of.

Hodgson is loyal to his players and has already insisted that it shouldn’t be forgotten how important Rooney was during the qualification campaign for the European Championship, as reported by talkSPORT.

In turn, it will likely take more than poor form to persuade him not to include Rooney in his squad at the very least, and so there is an argument that ultimately the United star will be heading to France this summer regardless.

However, the bigger question lies with his role for the team. It is now perhaps clear that the likes of Harry Kane and Jamie Vardy are better equipped and have been in better form this season to warrant a starting place leading the England line.

It is arguably more sensible for Hodgson to base his decisions on merit rather than the past, and Rooney’s record at recent major international tournaments suggest that a change is required if England wish to make an impact this summer.

In contrast, that shouldn’t mean a complete alienation when it comes to the England squad. Rooney is still highly talented, motivated and passionate about playing a fundamental role in the team’s success. As a result, he needs to adapt rather than be dropped entirely from the starting XI.

At 30, there has been a visible drop in Rooney’s pace and stamina in recent times. However, he still possesses great quality on the ball and can be decisive in the final third to combine with his relentless work ethic.

Therefore, it could possibly make sense to see him play in a more withdrawn role behind the No.9, Kane or Vardy, with pace either side of him to allow him to play intelligent passes and dictate the tempo along with the two-man defensive midfield pairing.

It is something that has been discussed for his future at United, and it should be a similar case for England. Rooney still has plenty to offer this summer, fitness permitting, but Hodgson needs to adjust and ensure his star man adapts too to help England make progress.