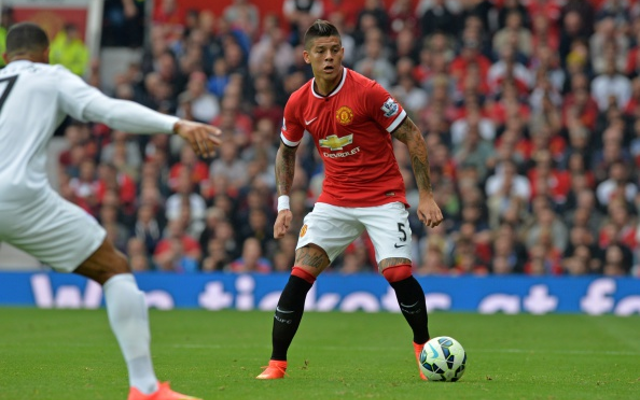 Manchester United will listen to offers for defender Marcos Rojo this summer as they look to create room for a succession of big signings, according to The Mirror.

The Mirror reports that the Argentine will be one of the first players shown the door at the end of the season, regardless of who the manager is at Old Trafford.

Louis van Gaal, who brought Rojo to United from Sporting Lisbon for £16m in 2014, is under pressure and could be replaced by Jose Mourinho, The Mirror adds.

The Mirror understands that whoever is United manager will spearhead a major upheaval of the playing staff, and that an upgrade on Rojo is one of the priorities.

The South American is equally comfortable at either centre-back or left-back, offering United versatility, but getting him on the pitch regularly has been a problem.

According to transfermarkt, the 26-year-old has missed 43 matches with six different injuries since joining United – the same amount of games that he has played.