It was for a good cause, but surely the former Liverpool gaffer knew that he would probably cop some stick for these matching outfits with Denise van Outen at a charity golf event in Dubai. 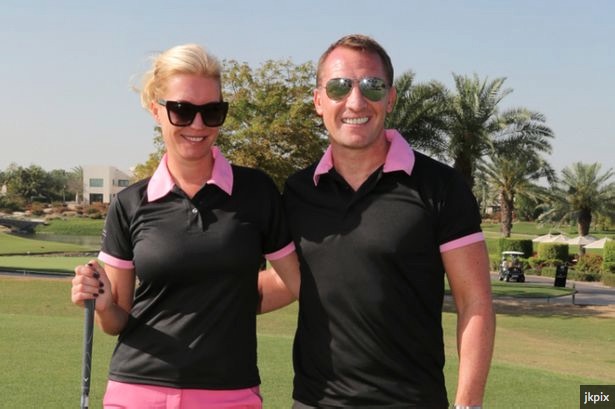 You’ve got to be a pretty cool dude to pull off pink, and Rodgers, despite rocking some designer sunglasses with relative swagger, does not quite have the character to make it work.

But fair play to the Northern Irishman, sacked by Liverpool in October, for using his time away from football to help those in need. Rodgers played a round with actress and television presenter Van Outen in the Grosvenor House World Cup charity tournament, held to raise money for the Al Jalila Foundation.

The 43-year-old later appeared with his partner Charlotte Hind for a Great Gatsby-themed party for the same charity. Thankfully for Rodgers, the press did not get a hold of his outfit for that event!

According to reports from The Mirror, Rodgers could soon be back in more familiar, and less luxurious surroundings – a Premier League dugout – having been tipped for a return to Swansea City.