A statement on the Sunderland website has confirmed that the Black Cats have informed Emmanuel Eboue that they intend to terminate his contract.

The ex-Arsenal right-back only signed for the club earlier this month on a short-term deal until the end of the season, having previously been on trial at the club.

However, before he’s even made a first-team appearance for Sam Allardyce’s side, he already looks set to leave the club. 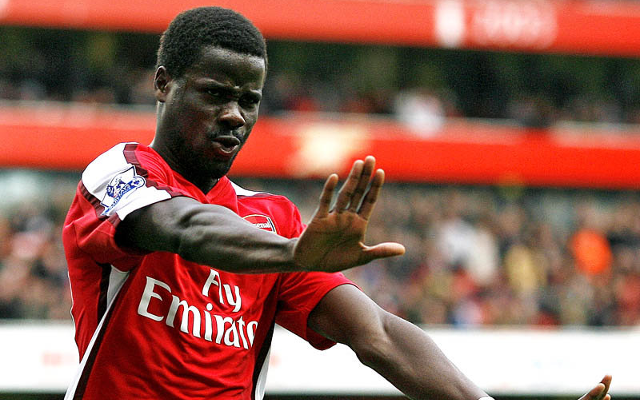 The club’s decision comes after the Stadium of Light outfit were advised by the Football Association that the wideman has been suspended from all football-related activity—including playing the game himself—by Fifa following a fiscal dispute between the Ivorian international and a former agent.

The club—who have endured their fair share of controversy this season following Adam Johnson’s prison sentence for sexual activity with a child [as per Sky Sports]—are understood to have been unaware of the 32-year-old’s ongoing dispute with his ex-representative before he signed for the club.

Cote d’Ivoire veteran Eboue—who can play at right-back, in right midfield or at the base of the midfield—represented Arsenal for six years from 2005, and also featured for the likes of Galatasaray, Beveren and ASEC Mimosas.