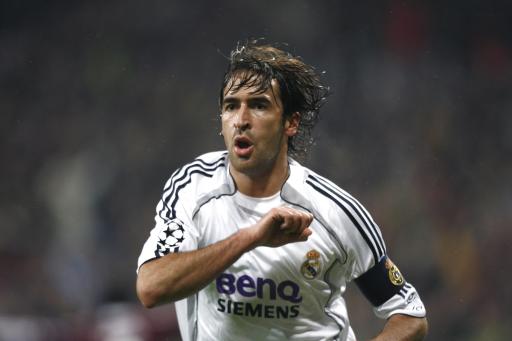 Speaking with Juve fans on Wednesday—as reported by AS—the hitman was asked about who his idol is.

“Since childhood, I played at Real Madrid,” the forward began, “and Raul has always been my idol.”

Like Morata, Raul was born in Madrid, and like the 38-year-old legend, who initially began his youth career with Atletico Madrid, before moving to Real in 1992, Morata spent time as a youngster with Los Merengues’ fierce city rivals.

However, while Raul enjoyed his best years at the Bernabeu, making his debut for the club in 1994, and remaining in the Spanish capital for the next 16 years, Los Blancos cashed in on Morata during his early 20s, selling him to Juventus in 2014.

Raul went on to play for Schalke 04, Al Sadd and New York Cosmos before announcing his retirement last year. The striking great won a remarkable three Champions League titles and six Spanish championships during his time in the capital, while Morata won just one of each, La Liga in 2012 and the UCL two years later.

The forward has impressed sporadically at Juve, winning the Serie A title and reaching the final of the Champions League in 2015.