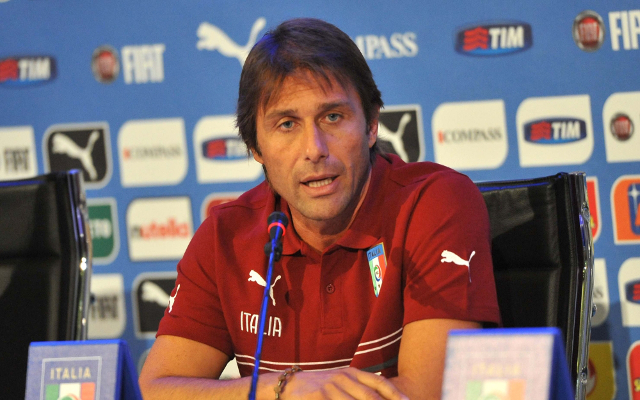 According to speculation, Antonio Conte has drawn up a transfer shortlist ahead of his expected arrival at Chelsea in the summer.

Having confirmed that he will leave his current post after Euro 2016, there has yet to be an official announcement to confirm that he will take charge at Stamford Bridge ahead of next season.

Nevertheless, La Repubblica, as reported by Football Italia, claim that the current Italy boss will launch a raid of Serie A for three individuals that he rates particularly highly.

Amongst them is Juventus star Paul Pogba, with whom Conte worked with during his spell as Juventus boss, as well as Roma midfielder Radja Nainggolan and Inter forward Stevan Jovetic.

While the first two players will be difficult to obtain given their importance to their respective sides, Conte would also have to reach an agreement over Jovetic, who is currently on a two-year loan deal with the Nerazzurri.

It isn’t expected that Roberto Mancini will exercise the option to sign the Montenegrin international on a permanent basis, so that could potentially be a deal that Chelsea can reach in the summer.

However, Conte faces a real battle to persuade both Pogba and Nainggolan to join his revolution in west London, as the duo remain settled in their current surroundings.

Nevertheless, what the speculation does suggest is that Conte will be looking to make ambitious moves when he is confirmed as the Chelsea boss, and that in turn will likely ensure that the club is busy in the summer transfer market.

Having failed emphatically to defend their Premier League crown this season, it has been a disappointing year for the club with Jose Mourinho being sacked in December.

While Guus Hiddink has undoubtedly added stability and improved results during his tenure, the Dutchman will step aside at the end of the season with many expecting Conte to be the man to replace him in the dugout.