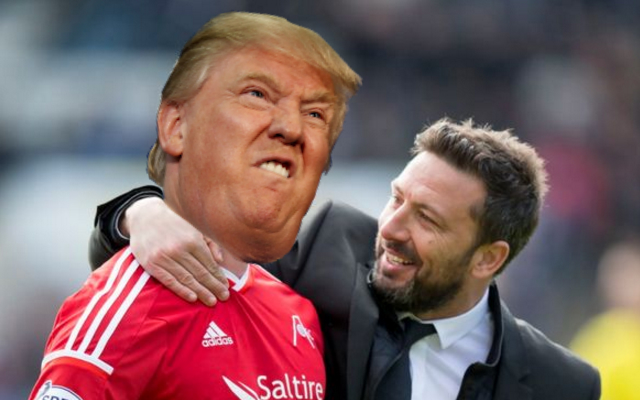 Midday has passed and April Fools’ Day 2016 is officially over.

So, let’s look back at the morning’s banter and bring you the best five stories.

5. WWE for Our Wayne

The Express went with an exclusive on Wayne Rooney’s decision to quit Manchester United and football, in order to pursue a career in WWE.

It was claimed that the final straw for Wayne came when his son asked him for a Jamie Vardy England shirt.

This was not the most creative story. In fact, it works because it is highly plausible!

Perhaps Wayne should take what was intended to be a joke and use it as inspiration for a career in which he is probably much better suited nowadays!?

Southampton pretended that they were set to launch a new club crest featuring a smiling halo-wearing emoji to tie in with their nickname, The Saints.

#SaintsFC is pleased to announce plans for a new club crest from the 2016/17 season onwards! ???? pic.twitter.com/zsnlUTt7Bc

Emoji-makers, please don’t create a Gunnersaurus icon, because – such is Arsenal’s love for everything Twitter – the North Londoners might actually do something like this for real!

Here’s a snippet: “It’s not yet clear what will happen to Klopp’s current assistants, Zeljko Buvac and Peter Krawietz, but it’s assumed they’ll be asked to move on having as of yet failed to gain internet meme stardom – unlike their probable replacement.”

2. Watch out Celtic, Donald Trump and Derek McInnes are about to team up

After a British petition failed to ban him from our shores, America’s wannabe president was reportedly poised to buy Aberdeen FC.

As much as we wanted this to be real, unfortunately it was just talkingbaws.com nailing April Fools’ Day.

However, Liverpool FC teamed up with defender Jon Flanagan and club sponsor Vauxhall to create a very watchable and funny 10-minute VT.