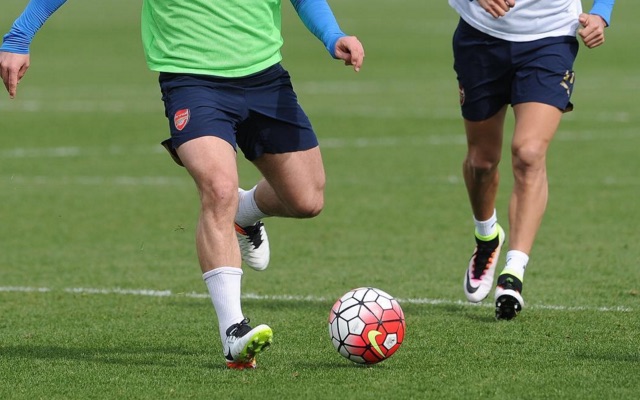 This is NOT an April Fools’ joke!

Arsenal posted a photo of the 24-year-old fans’ favourite on their official Instagram account as evidence of his much-anticipated comeback.

Wilshere has not played at all this season due to a broken leg.

According to The Independent, Wilshere is poised to take his recovery to the next level by featuring in an U21 game against Newcastle next Friday.

Despite his lack of match sharpness, the London Evening Standard suggest that Gunners boss Arsene Wenger and England manager Roy Hodgson are both in favour of Wilshere being involved at Euro 2016 this summer.

Wilshere was regarded as England’s best deep-lying midfield option prior to his latest injury breakdown.

Since he has been sidelined, Tottenham Hotspur’s Eric Dier has impressed in an anchor man role for the Three Lions.

Meanwhile, Leicester City’s Danny Drinkwater was named as the official man of the match when he made his England debut in defensive midfield in Tuesday’s 2-1 defeat to Holland.