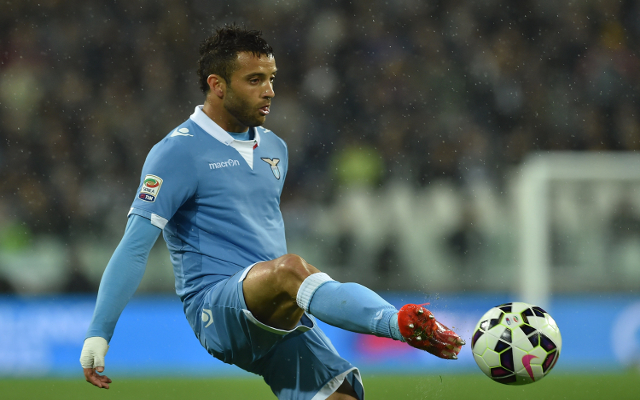 Lazio will reportedly struggle to keep hold of several of their top players this summer, including two individuals linked with Manchester United last year.

Both Lucas Biglia and Felipe Anderson were paired with an interest from the Premier League giants, as reported by The Express and Metro respectively, with the latter even revealing that he was subject to a €50m offer.

However, a move failed to materialise for both stars, and they have in turn remained in the Italian capital this season where the Biancocelesti have failed to match their achievements from last year.

In turn, with no chance of qualifying for the Champions League, the club will be put under financial pressure to keep hold of their top names, and La Gazzetta dello Sport, as reported by Football Italia, have claimed that the likes of Biglia and Anderson, along with Antonio Candreva, could be on the move at the end of the season.

Naturally, it would be a huge blow for Stefano Pioli to lose such important squad members, but their clear out will undoubtedly be to another club’s benefit with all three players in question capable of having a real influence.

However, it must be questioned over whether or not moves for Biglia and Anderson make sense for United in particular.

The Argentine international operates primarily as a defensive midfielder, an area of the United squad which seemingly doesn’t need to take priority.

Meanwhile, a move for Anderson, particularly with the figures involved according to previous reports, seem to make little sense from a business perspective. There is no doubt the 22-year-old is talented, but having struggled this season with just eight goals and five assists in 40 appearances in all competitions, he doesn’t warrant the level of investment being discussed.

As a result, United will have to assess their options in the summer, potentially with a new coach at the helm, and it may turn out not to be such a wise move to raid Lazio.