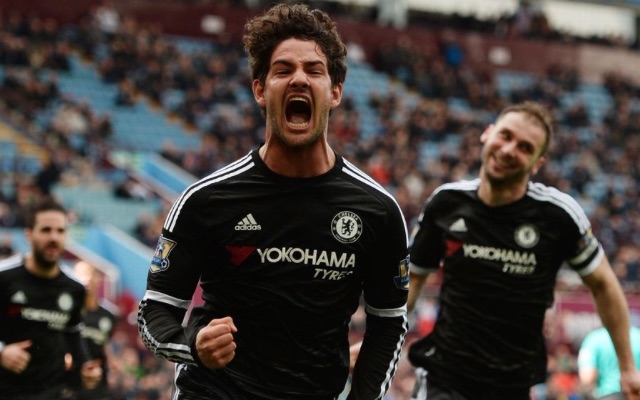 Chelsea fans had to wait 64 minutes to witness Alexandre Pato’s long-awaited debut, but they were only waiting 23 minutes for his first goal in their 4-0 thrashing of Aston Villa this afternoon.

Pato joined Chelsea on loan from Corinthians in the January transfer window, but had not played a single minute for Guus Hiddink’s side prior to today as he worked his way towards match fitness.

There was no sign of rustiness as the former AC Milan forward whipped his foot through a spot kick which flew inside the post, beating Brad Guzan despite the Villa goalkeeper diving the right way.

It was also an impressive show of confidence from Pato as he surprisingly took on spot-kick duties on his Blues bow. He now has more Premier League goals this season than usual penalty taker Eden Hazard.

The 26-year-old also contributed to both of Pedro’s second-half strikes on an impressive debut, but bigger tests will come of the loanee, because bottom-of-the-table Villa were absolutely atrocious.