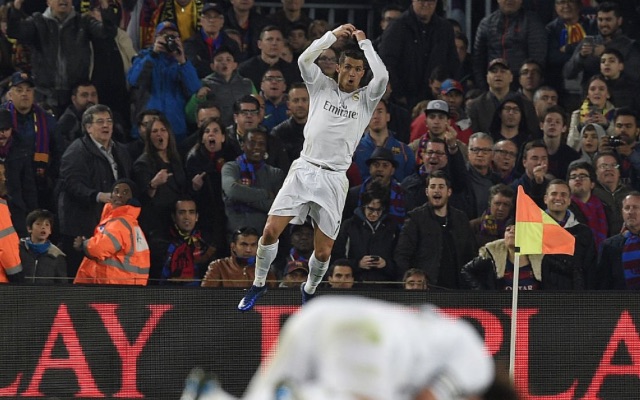 The Portuguese took advantage of an error of judgement from Dani Alves at the back post to control a Gareth Bale cross on his chest and volley home from a tight angle.

Only two minutes prior, Madrid had gone down to 10 men when captain Sergio Ramos was sent off for a second yellow card – the 20th dismissal of his professional career.

The experienced centre-back was walking a tightrope ever since picking up a 10th-minute booking for dissent, and his luck ran out following a late foul on Luis Suarez.

Suarez had earlier missed an open goal to cost Barcelona a potential half-time lead, but they still went ahead when Gerard Pique headed home from a 56th-minute corner.

Madrid thought that they had snatched a winner prior to Ronaldo’s strike when Bale headed past Bravo, only for a very harsh foul to be called against the Wales superstar.

But Zinedine Zidane’s side were not deterred by that setback, or Ramos’s red card, as Ronaldo soured a wonderfully-observed Johan Cruyff tribute night at the Camp Nou.

Real move to within one point of second-place Atletico Madrid, but are still seven points adrift of Barcelona at the top of the table with seven games remaining this season.