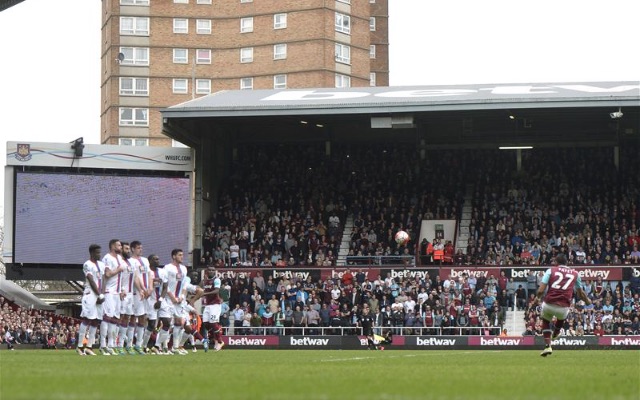 David Beckham, Thierry Henry, Cristiano Ronaldo – the Premier League has had some outstanding free-kick takers over the years. West Ham United’s Dimitri Payet might be taking the art to another level.

Today, Crystal Palace were the latest victims of his genius, as the 29-year-old unleashed a dipping effort which left Wayne Hennessey completely bamboozled as it dropped into the top corner of the net.

The Frenchman scored a spectacular set-piece against Russia on his international comeback in midweek, and has also been deadly from the dead ball versus Manchester United and Blackburn Rovers recently.

Most of Payet’s previous efforts have been curlers into the opposite side of the goal, but the Hammers playmaker showed the magical hold that he has over a football with this incredibly sweet strike.

The ex-Marseille midfielder now has 12 goals for West Ham in all competitions this term. At this rate, his free-kicks could be lighting up Euro 2016 this summer, and the Champions League next season.

But the harsh sending off of Cheikhou Kouyate, and Dwight Gayle’s equaliser means that Payet suffered the injustice of not being on the winning team at Upton Park, as the Eagles snatched a 2-2 draw.