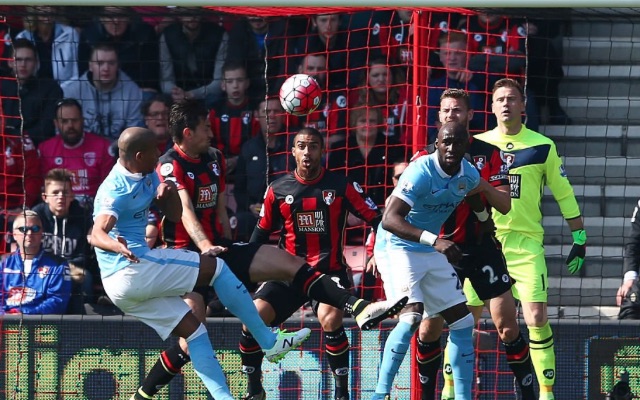 Things were so good for Manchester City during the opening 20 minutes against Bournemouth this afternoon that even Fernando managed to get on the scoresheet for the first time this season.

After the Cherries failed to clear a seventh-minute corner at the near post, the Brazilian finished this perfectly-judged half-volley in a manner which would have made a master finisher pretty proud.

Kevin de Bruyne, playing for the first time since January after injury, and Sergio Aguero also found the back of the net in a rapid City start, but the highlight of the first half was Fernando’s rare strike.

The holding midfielder had not got on the scoresheet for the Citizens in over a year, and even City’s official Twitter account made a joke at his expense by declaring the goal “a collector’s item”.

To be fair to City’s social media team, they are not far wrong. This is only the 28-year-old’s third goal in 64 games for the club. That’s what £12m – fee confirmed by BBC Sport – gets you these days!

Signed from Porto in 2014, Fernando has failed to make a significant impact at the Etihad Stadium, and might find that he is on the chopping block when Pep Guardiola takes over as manager in the summer.