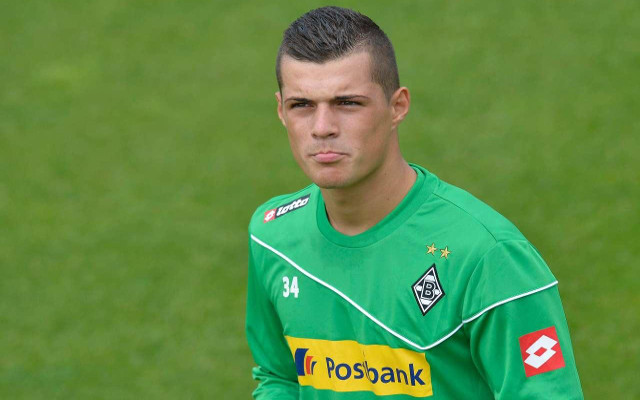 Borussia Moenchengladbach midfielder Granit Xhaka was believed to be a mere pen-to-paper away from sealing a transfer to Arsenal after reports came out that a deal had already been agreed to. However, the Swiss star has come out personally to reject the very notion that he is on the move.

In an interview with Express Germany [per the Metro], Xhaka stated that all of the discussion of his transfer were merely speculation and rumours, and ranted that neither he nor his family members have been in discussions with Arsenal manager Arsene Wenger.

‘I’ve seen the rumours. All I can say is it’s nonsense,’ Xhaka said.

‘There have been no negotiations with Arsene Wenger. Nothing has been agreed.

He added: ‘If someone claims to have seen my father negotiating in London, they should show me the photo!

‘No one from London has been here to negotiate.

‘If someone claims otherwise, give me a call! I invite you to dinner. You can write that down for all I care!’

Xhaka has been a consistent presence in the midfield for Borussia M’gladbach since signing a five-year deal with the club back in 2012. In four seasons with the club he has 102 Bundesliga starts and six goals. He made his first-ever Champions League appearance this past season in the group stage against Manchester City.

Per the source, the deal was believed to be worth £35.3 million.