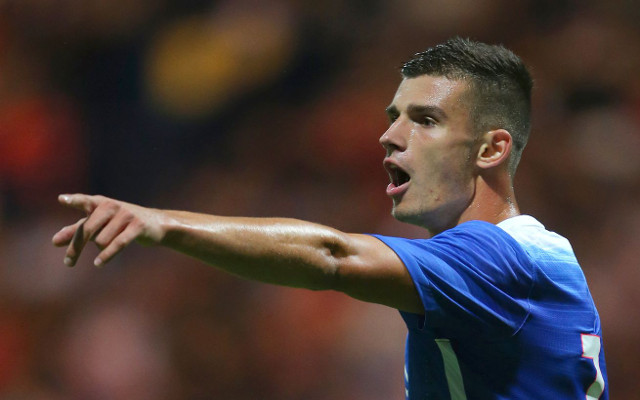 Guus Hiddink has opted to shuffle his defensive options for Chelsea‘s match at Aston Villa on Saturday, handing an unexpected debut to Matt Miazga.

The 20-year-old USA international moved to Stamford Bridge from New York Red Bulls on a four-and-a-half-year contract in January, having shone for NYRB in Major League Soccer last season [as per BBC Sport].

At Villa Park, here’s how @ChelseaFC are set to line up… #CFC pic.twitter.com/EEQyNW6BtI

The defender made his US international debut against St Vincent and the Grenadines in a World Cup qualifier in November 2015, and makes his Chelsea bow at strugglers Aston Villa on Saturday having been picked alongside captain Branislav Ivanovic in the heart of the Pensioners defence.

Hiddink has opted to drop both John Terry and Gary Cahill, opting to move the Serbia international into the heart of the defence alongside Miazga and introducing Abdul Rahman Baba at left-back. Full-back Cesar Azpilicueta moves across to his favoured right-back role.

John Obi Mikel partners Cesc Fabregas in the heart of the midfield, in support of a front four of Pedro, Ruben Loftus-Cheek, Kenedy and Loic Remy.