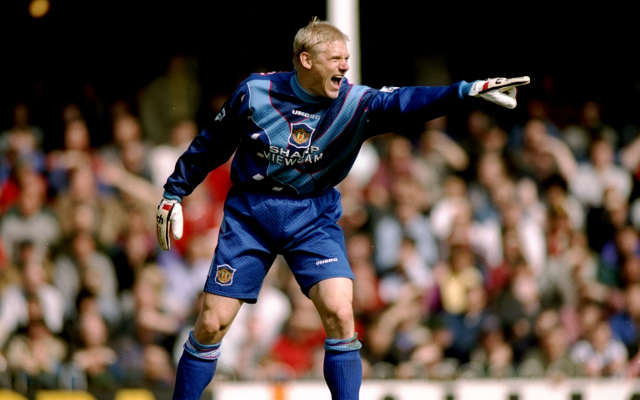 Former Manchester United goalkeeper Peter Schmeichel has delivered his verdict on how the club can end a difficult season in positive fashion.

Speaking after watching his former side eek out a 1-0 win over Everton on Sunday, the former Danish international has given his suggestions on what Louis van Gaal needs to do.

The Dutchman has come under intense scrutiny throughout the campaign, but can still secure Champions League football as well as the FA Cup in the coming weeks.

Play Martial as a striker

Top of the priority list for Schmeichel is to play Anthony Martial as a central striker. Having established himself as United’s top goalscorer so far this season with eight goals, the young Frenchman has been a revelation in his first season at Old Trafford.

However, Schmeichel wants to see him spearhead the United attack rather than play out on the left wing: “I’d like to see Rashford being eased more into it, so he doesn’t have to play in every game. I really, really want Martial to be the No 9 of Man United and then everybody knows,” he told Sky Sports.

“I think he plays well coming in from the left, but he is much more dangerous [in the middle]. It requires people around him so he can play.”

Rooney moves back into midfield

Ahead of his return from injury in the coming weeks, Schmeichel believes that it is time to change Rooney’s position at the club.

The former United man believes that the England international’s vision and work-rate would see him in shine in midfield, and it is a sensible move with Rooney’s diminishing pace and lack of goal threat at times becoming a problem for the Red Devils.

“I’d like to see Wayne develop into a midfield player because he can play a little bit like Paul Scholes did. I am sure he can develop the engine to play in midfield.”

Although the 18-year-old has made a sensational start to life in the senior side with five goals in nine appearances in all competitions, Schmeichel believes that it is crucial he gets enough rest to continue his development.

“I like the boy Rashford, he is an incredible talent and I am seriously looking forward to the future, but he is a young lad and he needs to be eased into the game. He is doing well at the moment, but playing every game can ruin him. It doesn’t have to be much wrong to set him back a long, long time.”

Give the Premier League priority over the FA Cup

A sensible suggestion from the Dane as United have now moved to within a point of fourth-placed Manchester City and will be desperate to qualify for the Champions League next season. While winning silverware would be a boost, the priority has to be the league.

“Champions League football is essential for a club of Manchester United’s calibre. They have to play in that tournament. If not, it’s a failure.”

Van Gaal must rotate the squad

Schmeichel believes that as the injury problems at the club continue to ease, they have to start rotating and ensure that every player is fresh heading into the final few weeks of the season after a tough few months with limited numbers.

“You look at the bench now and some of the names coming back from injury and he has been forced to play in a certain way with certain players for a long time. Now they are coming back.”