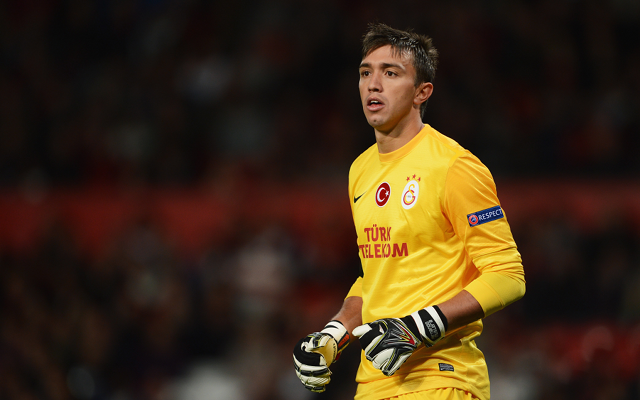 There are no guarantees that David de Gea will return to Old Trafford next season. Between interest from La Liga and other top clubs have put Man United in a precarious position with their prized stopper. However, they may have a superb replacement all lined up if they’re willing to splash the cash – because Fernando Muslera is now on the market.

According to AMKSpor, Galasataray have informed Man United that their star goalkeeper can be made available for £10.5 million. Muslera has been a target for Man United since the Sir Alex Ferguson days and has nearly 200 starts in Turkey.

Muslera has been an absolute stud for Galatasaray since moving to Turkey in 2011. In four seasons he has won three Super Lig championships, two Turkiye Kupasi cups, and two TFF Super Kupa titles. He was named the Super Lig Goalkeeper of the Year in 2011-12 and has recorded a Super Lig-record 19 clean sheets.

SEE MORE:
Claudio Ranieri says ‘We do not dream, we simply work hard’, calls Vardy ‘a fantastic horse’ in Op-Ed
Arsenal ace admits fear of re-injuring himself affected his form this season
IMAGE: Liverpool manager gets warm welcome from former club prior to match