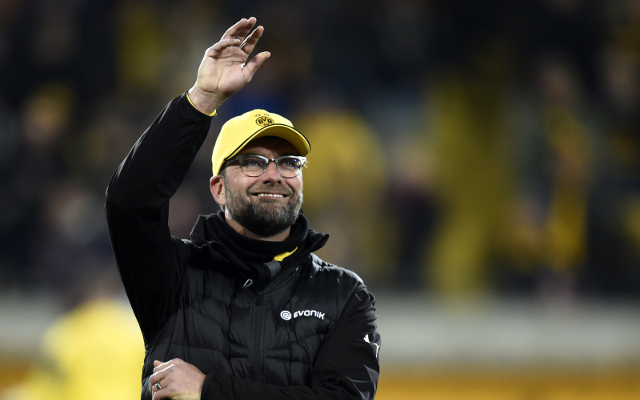 Jurgen Klopp brought Borussia Dortmund to the greatest of heights during his tenure as manager of the Bundesliga giants. His departure was met with considerable sadness by tens of thousands of fans, but there was very little animosity between Klopp and the German club. Ahead of the Europa League match on Thursday between Klopp’s Liverpool squad and Dortmund, his former outfit showed just how happy they are to see him back at Westfalenstadion.

A picture taken by Jochen Stutzky on Wednesday afternoon revealed that Borussia Dortmund had left a very friendly reminder for where Klopp can take his players:

It might be safe to say that Klopp will receive a hero’s welcome when he steps onto the pitch at Westfalenstadion for the first time since announcing his departure in April 2015.

From 2008 to 2015, Klopp led Dortmund to two Bundesliga titles, the DFB-Pokal, two DFL-Supercups and the Champions League final in the 2012-13 season which they lost to Bayern Munich.

Klopp joined Liverpool in October 2015 and led the Reds to the League Cup Final and successfully navigated his way into the Europa League quarter-finals after knocking off Man United in March.

SEE MORE:
Man United star says team is better than Man City, will get into Champions League
BIG injury boost for Liverpool ahead of Europa League leg
Premier League woodwork stats: How table would look if near-misses had gone in