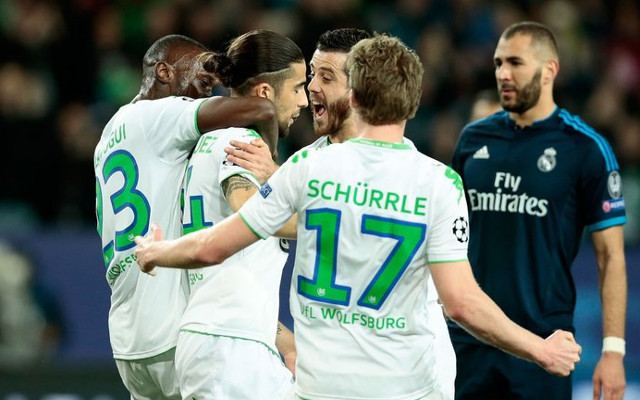 In what could be part one of the biggest upset of the Champions League knockout round, VfL Wolfsburg took down Real Madrid inside the Volkswagen Arena in a 2-0 victory that left the La Liga giants considerably hamstrung before they return to the Bernabeu.

Ricardo Rodriguez opened up the scoring at the 18′ mark with a penalty goal he converted, then Maximilian Arnold would double the lead a few minutes later on a goal that stunned the football world and put Wolfsburg up 2-0.

Unfortunately for Real Madrid, they were without Karim Benzema for half of the game after he suffered a leg injury he could not play through.

Even Cristiano Ronaldo had a rare scoreless game and missed his limited open scoring opportunities. Gareth Bale did not fare any better.

With no away goals, Real Madrid have no choice but to shut out Wolfsburg in the second leg of the round later this month or somehow outscore the German giants by three goals.