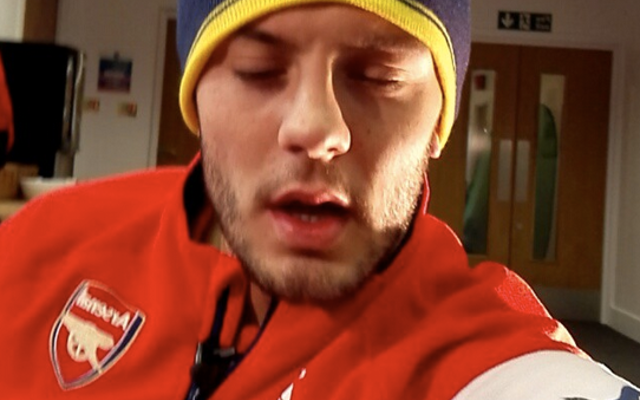 Arsenal coach Arsene Wenger has refused to condemn midfielder Jack Wilshere after photos of the England midfielder emerged at a nightclub.

Speaking to the media [as per BBC Sport], the French coach has confirmed that he has had some words with the injury-prone player, and that he is accepting that his players will go on nights out from time to time.

“I’ve spoken to him,” Wenger revealed, when asked about the latest shots of the playmaker enjoying some recreation time at a London watering hole. “It looks to have been taken out of proportion a little bit.

Wenger acknowledged that, with no training the next day, he was not about to criticise his midfielder’s behaviour.

“There was no training the next day. I had a day off,” he continued. “You can accept players go out.”

Wilshere hasn’t featured since August 2015 and has spent the entirety of the season on the sidelines after having broken his leg at the end of the summer.

However, the midfielder has returned to first-team training and his now on the comeback trail.

He will feature for the Gunners’ U-21 side on Friday, and Wenger will surely be hoping that he has a role to play in the remainder of the North London heavyweights’ campaign, as they have seven matches to unseat Leicester City, who currently sit at the top of the league standings.

Should he return to action over the coming weeks, it’s not impossible that Wilshere could yet feature for England at the European Championships this summer, although the Arsenal man faces considerable competition from the likes of Jordan Henderson, James Milner, Dele Alli, Eric Dier, Michael Carrick, Fabian Delph and Danny Drinkwater for a spot in England’s midfield.