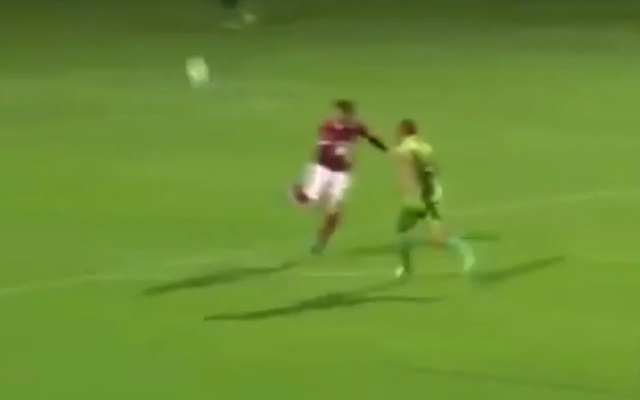 Blondel features for Avranches, a semi-professional outfit in the French third tier, whose stadium, the Stade Rene-Fenouillere holds a mere 2,000.

Spying a long ball forward, with his back to the opponents’ goal, Blondel steadily stepped back towards the opposition area before, without looking back at the keeper, sent a volleyed backheel looping into the back of the net.

Avranches currently sit tenth in the French National, with Consolat Marseille in second on 45 points after 26 matches, and Strasbourg in top spot, having amassed 49 points.