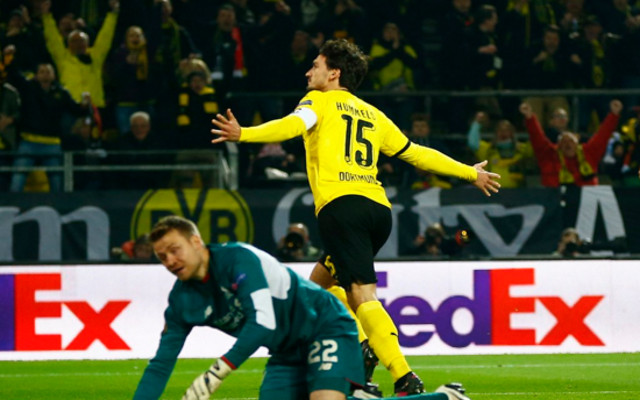 And just like that the German giants have equalized thanks to Mats Hummels.

It look less than 150 seconds into the second half of the Europa League clash for Borussia Dortmund to snatch the lead from Liverpool in what has been dubbed ‘El Kloppico’ as Mats Hummels header slipped past Simon Mignolet to give the German giants a 1-1 equalizer.

Dortmund play a short corner and Mats Hummels finishes it off to make it 1-1. #BVBLFC https://t.co/arVVFQFtaw

Dortmund fell behind late in the first half due to a Divock Origi goal that bounced over Weidenfeller and gave them a 1-0 lead going into the lockers. But Thomas Tuchel made some quick adjustments and the dividends paid off immediately.

The goal from Hummels was the 70th home goal for the Bundesliga giants in all competitions this season – tacking on to their mark as the highest-scoring team in any top-five European league.

Jurgen Klopp is managing his first game in Germany since leaving Dortmund at the end of the 2014-15 season.