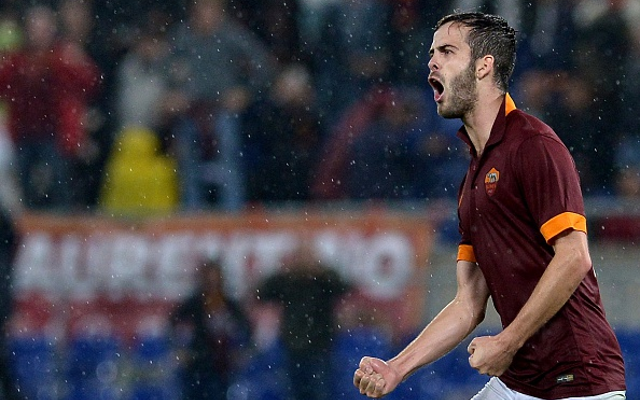 It looks like Chelsea have wasted no time securing Serie A stars to work with incoming manager Antonio Conte. Long considered a thorn in the Italian boss’s side, AS Roma midfielder Miralem Pjanic is close to a deal with Chelsea that would make him one of the first major signings of the new era at Stamford Bridge.

According to Tuttomercatoweb, Chelsea have agreed to meet the £30m release clause in Pjanic’s contract and will offer him a three-year contract. Per the Metro, Pjanic’s deal will be worth £65,000-a-week.

Pjanic has a career-high nine league goals in Serie A and has tied his personal best with 11 goals in 35 matches.

In 2014, Pjanic’s Roma team edged out Conte’s Juventus team in the Coppa Italia.

Pjanic is one of many Serie A stars Conte is believed to have his sights set on, as Juventus megastar Paul Pogba has also been heavily linked to Chelsea since the Italy manager was announced as the permanent replacement for Jose Mourinho earlier this month.