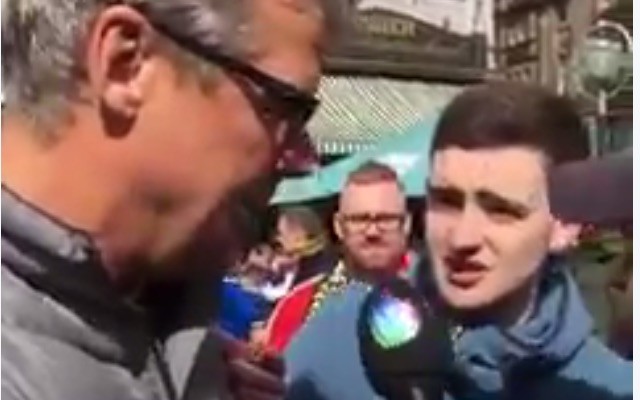 As covered by our sister site and Liverpool fan site Empire of the Kop, a Reds fan has been caught appearing to mock the Munich air disaster ahead of Thursday’s Europa League tie in Dortmund.

During a friendly interview with a travelling supporter in the German city centre, the interviewer—who identifies himself as BVB’s stadium announcer—is accosted by a young Liverpool fan.

The interview abruptly ends, and the clip is cut, but there’s enough of the footage available—surely—for someone to identify the fan, who has no business brining up such uncomfortable issues.

Munich 58 may also refer to a Liverpool chant about the disaster, which happened in 1958, 58 years ago this year.