The Premier League weekend kicks off with a bang as title hopefuls Arsenal travel to Champions League-chasing West Ham United for a blockbuster London derby.

The Gunners have bounced back from a pair of cup disappointments with wins over Everton and Watford by an aggregate of 6-0, keeping their feint title ambitions alive.

Arsene Wenger’s side are 11 points behind leaders Leicester City with a game in hand, and cannot afford to drop more points if they want to end their 12-year drought.

Here, CaughtOffside suggests the starting lineup that Wenger should go with for the trip to Upton Park, where the impressive Hammers have not lost since August.

According to Standard Sport, the former Chelsea goalkeeper will return to the team after a month out with a calf injury. David Ospina has deputised well, but there is no room for sentiment in the title race.

The Spaniard has enjoyed another progressive season at the Emirates Stadium, but could be about to face his toughest opponent yet. West Ham’s Dimitri Payet has been one of the players of the year.

Has received the nod over Per Mertesacker for Arsenal’s last three matches. Barcelona proved unstoppable, but consecutive clean sheets since should give the Brazilian some confidence.

The Frenchman is pretty sharp across the ground and he might need every bit of that speed to contend with a pacey West Ham front four which could contain both Diafra Sakho and Enner Valencia.

The Spaniard would be wise to shackle his attacking instincts and focus on defending, because he could have the double threat of Valencia and makeshift right-back Michail Antonio to contend with.

As the Metro reports, Aaron Ramsey and Mathieu Flamini are available and Jack Wilshere is finally on the mend, but Elneny’s extra defensive awareness has made a difference alongside Coquelin. Ramsey has been a favourite of Wenger’s, but the Gunners have a better balance with Elneny in the starting lineup. 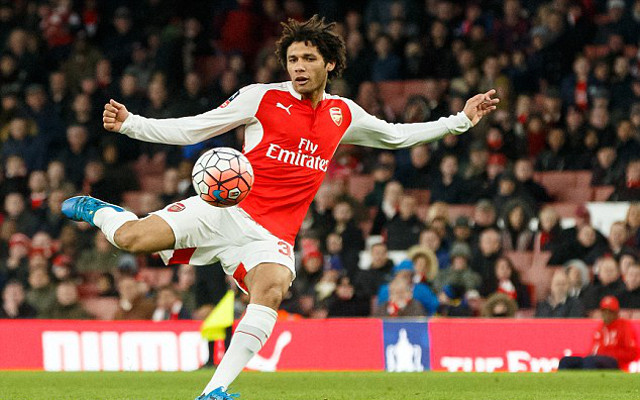 The Frenchman was sent off in Arsenal’s last big London derby against Tottenham Hotspur. Must keep his discipline as conceding free-kicks around the box is asking for trouble with Payet’s expertise.

Has two goals in his last three Premier League games, after over four months without one. The Chilean is still short of his best form, but still represents arguably the biggest threat to West Ham’s defence.

It is approaching award season in the footballing world. Assist-king Ozil might found himself behind Payet in those stakes, but will be keen to upstage the West Ham playmaker at the Boleyn Ground.

The 19-year-old has made a significant impact over the last couple of weeks. He has two goals in two Premier League starts and is deservedly keeping Theo Walcott and Joel Campbell out of the team.

Has yet to play a full game since coming back from injury, which suggests Wenger is still being careful with his fitness. His speed makes him a bigger threat than Olivier Giroud to this West Ham defence. 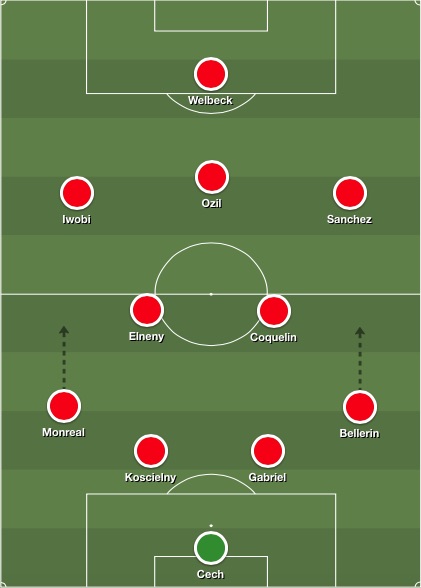