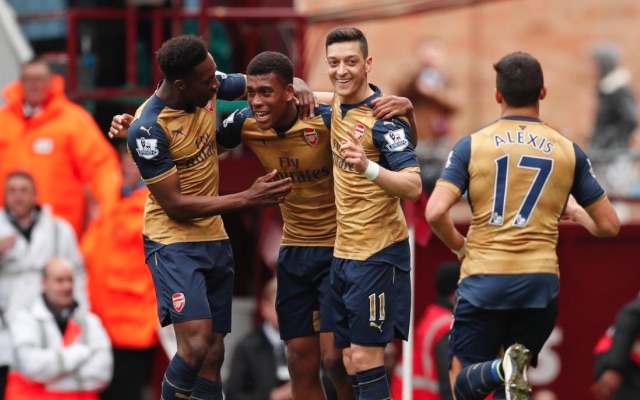 The 19-year-old continued his seamless breakthrough into the first team by delicately lifting the ball over the West Ham defence for Sanchez to finish into the bottom corner.

Sanchez GOAL that made it 2-0 to Arsenal.. pic.twitter.com/qjeMhyHrFk

Iwobi’s touch of genius was not enough for all three points as Arsenal snatched a 3-3 draw after Andy Carroll’s hat-trick saw the Hammers come from behind to lead 3-2.

The dropped points mean that Arsenal could be as many as 13 adrift of Leicester City at the top of the table by the close of the weekend, and realistically out of the title picture.

But it does seem as though Arsene Wenger has unearthed a gem for another charge at the Premier League next term. Iwobi now has two goals and two assists in three starts.