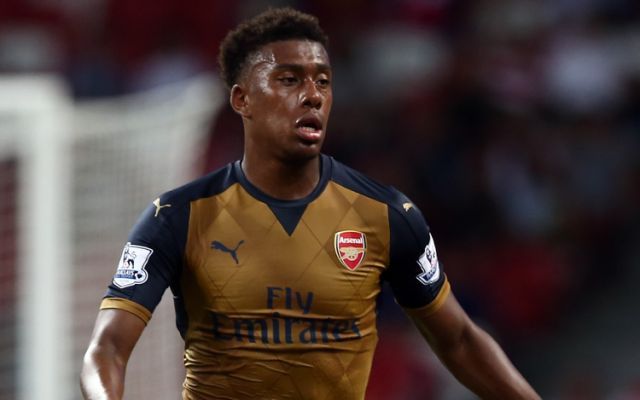 Arsenal were held to a 3-3 draw by West Ham United on Saturday in what was a thrilling encounter between the two London sides.

Despite taking a two-goal lead through Mesut Ozil and Alexis Sanchez, the Gunners were undone by a quick-fire Andy Carroll hat-trick with goals either side of the half-time interval.

Laurent Koscielny rescued a point for the visitors who pushed on in the latter stages in search of a winner to keep their Premier League title hopes alive, but they were unsuccessful as the Hammers remained a threat on the counter attack throughout.

In what was an entertaining clash, Arsene Wenger will be delighted with certain individuals, but will be left disappointed with his defence.

In truth, Ospina couldn’t have done much with the three goals as he was left exposed by his defenders. Nevertheless, conceding three times is never a good game for a goalkeeper.

Although he remained a threat going forward with his pace, he had trouble keeping Dimitri Payet under control and was poor in preventing crosses from going in.

Lost the aerial battle with Carroll and was made to pay as the England striker bagged a hat-trick. Did well for the most part, but was at fault in decisive moments.

Earned his side a point with his second-half goal, but similarly to Gabriel, he wasn’t able to keep Carroll under wraps and needed to do better.

As with Bellerin, he was unable to stop the crosses going in for Carroll which is ultimately what cost Arsenal. Poor defending on the third goal in particular.

Wasn’t his best game after impressing in recent weeks, but did well to help Arsenal gain a foothold in the middle of the park.

Another energetic performance from the combative midfielder, and he did well to keep the tempo ticking over in his side’s favour.

Aside from his two perfectly-weighted assists, the youngster continues to impress with his all-round game. Could have done more defensively, but his game going forward looked really strong and was Arsenal’s most creative player.

Great finish to open the scoring, but struggled at times to get his pass in the final third right and was visibly frustrated as the game went on.

Kept his cool to give his side a 2-0 lead after 35 minutes, and continued to threaten thereafter. However, Arsenal need an even bigger contribution from him in games like this as there were obvious frailties in the West Ham defence.

A solid performance from the England striker as his movement and work rate was exactly what Wenger would have wanted to see, and although he couldn’t get on the scoresheet, registered an assist for the third.

Ensured that Arsenal continued to probe for more goals but was unable to find a way through the West Ham rearguard.

Added a presence up front for the visitors and caused West Ham a different kind of problem with his aerial threat and hold up play.

Not enough time on the pitch to make a big enough impact.