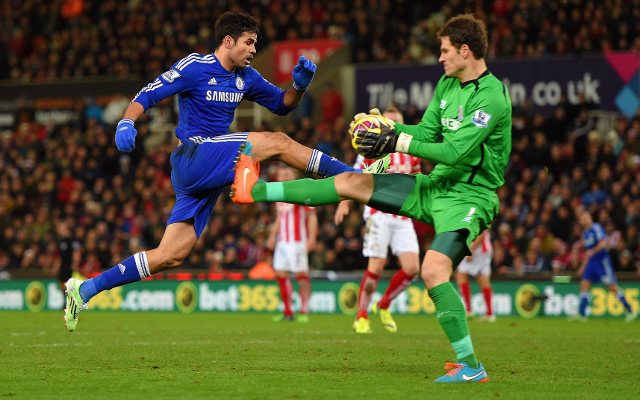 Asmir Begovic is poised for a run as Chelsea’s number-one goalkeeper as doubts over the future of Thibaut Courtois grow, according to the Daily Mail.

The Daily Mail reports that Begovic could feature prominently for Chelsea between now and the end of the season, starting against Swansea City on Saturday.

Courtois is on Real Madrid’s radar ahead of the summer and the Blues might be willing to sell him for £50m with Begovic in reserve, the Daily Mail claims.

The Bosnian is a proven Premier League performer and deputised very competently for Courtois during the Belgian’s three-month injury layoff this campaign.

However, the former Stoke City stopper has played only once since Courtois returned – in Chelsea’s FA Cup third-round win over Scunthorpe United in January.

But Begovic has a good relationship with goalkeeping coach Christophe Lollichon, who will stay on for the Antonio Conte regime, according to the Daily Mail.

That could serve the 28-year-old well for when Conte arrives, with his upcoming run in the team an audition for whether he can be the Italian’s first choice.